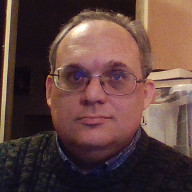 Daniel Dickinson has been using and exploring computer and electronic technologies for over three decades1. He is proficient with various flavours of Linux (including varieties of desktop, server, and embedded systems) as well as modern Windows.

The code Daniel has written is scattered among various open source and proprietary projects3. For the interested, a number of current projects can be viewed at danielfdickinson on GitHub4. Daniel also created some history of public projects which he created, or to which he has contributed, at the dfd-code-history ‘organization’ on GitHub.

Daniel also enjoys sharing his knowledge with others. This included participating as a critical member of a team of volunteers to provide a successful programme for kids 8-12 (eight to twelve) called Bots and Bytes, for the Midland Public Library. In the same vein, Daniel volunteers with the Gateway Centre for Learning in Midland, Ontario.